The Esala Festival is held annually in Kandy, the hill-capital, during the full moon month of Esala which falls in July/August. Held for the last 200 or so years, it is one of Sri Lanka's most famous religious festivals and is considered to be one of the most beautiful pageants in Asia. The Perahera itself is a procession which is made up by thousands of Kandyan drummers, many local spectacular dancers, acrobats, fire-breathers, as well as the elephants in ornate dresses which form the end of the procession. The purpose behind the festival is to ask for blessings from the Gods for a good harvest of crops. The festival takes place over 10 days, and is lead by the Nilames who are specially appointed to the position to overlook matters related to the Sacred Tooth Relic. The festival begins with the planting of a Jak tree and consists of five separate perahera - each for four different deities and to honor the Sacred Tooth Relic 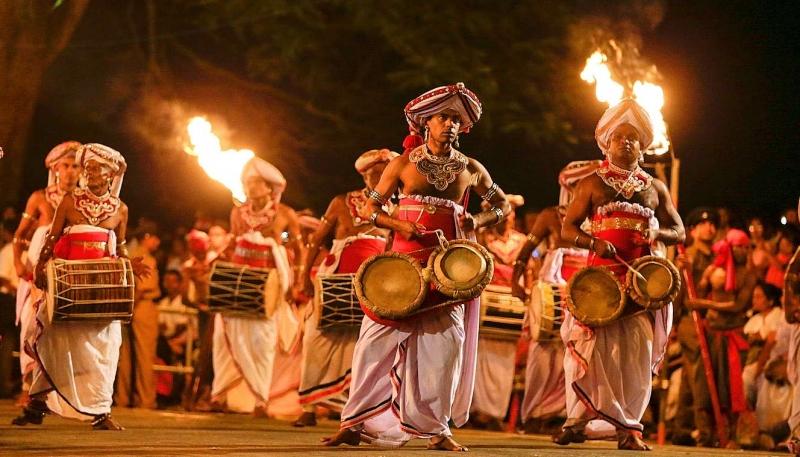